A happy journey with inbound and HubSpot: A record year and a 7 times Return on Investment 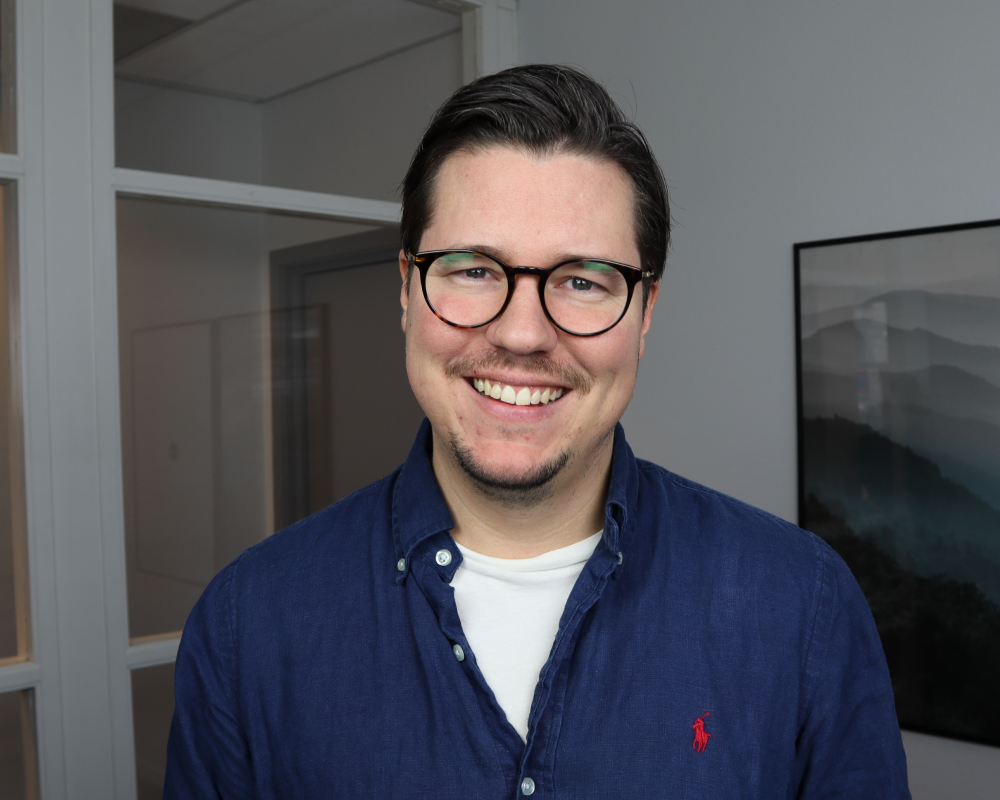 Metier OEC is the leading Nordic supplier of project management training and services. As a competence company, they have achieved good results from sharing their knowledge on project management as a subject, both to existing and potential customers, through their inbound marketing strategy.

After only 12 months of focusing on inbound marketing and HubSpot, they now have an income that is over 7 times the investment in HubSpot and inbound-bureau – from contacts that have visited the blog or landing pages alone.

“We have never sold this many certifications! We no longer shoot sparrows with a cannon: We know who to send which offers to and are able to tailor everything we send out to existing and potential customers.”

Before we dig deeper into the numbers, let’s take one step back: How did inbound marketing and HubSpot help them solve their marketing challenges?

There were mainly three things standing in the way of Metier OEC’s marketing success:

1) Mass communication without segmenting which led to poor email marketing

Before inbound and HubSpot, Metier OEC didn’t segment their email marketing at all and did not nurture contacts and leads at the top of the funnel. Their focus was purely on one thing, and one thing only: Sales.

To illustrate, here is an example of an email sent to 14,000 contacts:

No segmenting led to many opt-outs and few opens and clicks.

Previously, Metier OEC fell into the marketing trap so many companies have been in before them: They had some downloadable content on the website, however, the people downloading it were collected in the CRM – and mostly forgotten.

There was little or no follow-up of people that had downloaded content and there was only a couple of people in the company that was engaged in these marketing efforts.

There was some organic traffic, however, not nearly enough. Since it was important for Metier OEC to reach out to their target group, they ended up spending a lot of money on marketing, especially paid search, in order to beat the tough competition that was in the market.

What could have been the solution to increase organic traffic was the blog they started in 2014. But without a proper strategy, they did not experience a boom in either organic traffic, leads nor customers.

As there were three marketing challenges, Metier OEC together with an inbound agency implemented different solutions based on these. Let’s have a look:

In order to segment and tailor their communication to different contacts depending on where they were in the buyer’s journey and what they were interested in, buyer personas had to be created.

With personas in place Metier OEC could fully embrace content marketing. They started creating more downloadable content that helped their contacts figure out what they needed, for example, a quiz to help you decide what certification to take, which had been sought after for a long time, and templates their contacts could use in their work.

This way, they could nurture these contacts by sending them relevant content based on where they were in the sales funnel, and tailor content and communication to potential and existing customers based on personas.

Moreover, they used HubSpot to fully advantage segmenting by creating lists so that emails were sent based on persona, buyer history, downloads, interests or other relevant factors.

The main solution here was to create content that actually was of help to the contacts so that they always had a relevant card up their sleeve.

Earlier, most customers only invested in the most popular certification rather than finding the certification that suited them best. Now, Metier OEC has focused on creating an overview of the different certifications by offering their website visitors downloadable assets such as a quiz to help determine which certification will be most beneficial depending on several factors.

They also invite leads that are early in the buyer’s journey to attend a webinar, which has proven to be very popular.

With the help of HubSpot, Metier OEC now has forms on almost every site on their webpage so that it is easier to convert visitors and follow up leads with relevant information no matter which page they come from on the website. This way, they also get a better system for all contacts in the CRM as they are better organised.

To increase the organic traffic, there has been performed several keyword analysis to find out what people are searching for and nail those first page results in search engines.

Moreover, Metier OEC has continued to update their company blog, now with a solid strategy as a foundation, to share their knowledge on project management as a topic.

By including the best performing blog posts by organic source in the new inbound strategy, the company has succeeded in attracting leads and increasing the organic traffic – thus lowering the amount of money spent on marketing.

So what results have all these solutions led to? All in all, the implementation of inbound has led to much more qualified leads – which in turn, has led to more sales and happier customers.

After implementing inbound and starting to take advantage of HubSpot’s many brilliant features, Metier OEC has seen that customers that read more information and keep up to date on the blog are more likely to buy several times – and more likely to invest more.

“We have experienced that the contacts in our database that has performed inbound activities such as read our blog or downloaded content in general buy 1,3 times. In contrast, those that have not done any inbound activities, in general, buy 1,08 times. Moreover, 27% of the contacts that have bought a certification or a course with us during the last 12 months have visited the blog.”

But did the methodology together with the HubSpot tool help them solve their specific challenges? Indeed. Again, we’ll break it down into the three categories (be ready to take a bow):

Let’s look at an example: This is the same type of email with the same message, now sent to inbound contacts only.

Looks a bit better than the one we looked at earlier, don’t you think?

When sent to a segmented, smaller list, the result was a 50% higher opening and 6 times increased click rate.

“It has become much easier to segment lists. We therefore have a lot higher opening and click rates on emails and offers that we send now than what we had earlier.”

With lots of content and in all stages of the funnel, especially at the top where the need was greatest, and good workflows to guide contacts through the funnel, all contacts are followed up with relevant information.

In terms of conversion, 20% of their database have become MQLs (Marketing qualified leads) and almost 5% of the contacts have become customers.

Image: 4,82% of the people that have taken the ToFu quiz, has also become customers.

Image: Out of all the people that have attended the seminar, a whopping 26% have become customers.

Metier OEC sells courses, certifications and other services of relatively high value, which means that most of their customers do a great deal of research before they choose a product and supplier.

This fits well with inbound marketing seeing that the company has become much more visible in search engines and on social media and now get lots of organic traffic and many organic leads.

“We get around 400-500 new contacts every month and about 40% of these come from organic search. We also hit our target audience well on social media because we target based on the personas we have identified through the inbound marketing methodology.”

Organic visits on the blog since the beginning of their inbound strategy in 2016:

So what happens with the leads from organic source? Well, almost 10% have become customers so far, and 11% are marketing qualified leads.

Image: The number of leads, MQLs, customers, SQLs and opportunitys from organic source.

9,7% of organic contacts are customers, which make up an income of 1,9 million Norwegian Kroner.

2017 was a year of records for Metier OEC in terms of selling certifications and courses. Not only did they sell more than ever before thanks to the inbound methodology and the HubSpot Software, they also reached their budget for Q1 already in February.

The Metier OEC Academy department is, in fact, doing so well that they have presented the results to the board, who want to implement inbound in other parts of the company as well.

In the hallways at the office, you can hear talk about the persona “Hungry Hugo” and HubSpot is on everybody's screen. If that isn’t a happy ending, we don’t know what is.

Looking for someone that can help skyrocket your business' inbound marketing and sales efforts? Drop us a line – we'd love to chat.

Make Your WordPress Site a Lead Magnet with the HubSpot Plugin