Pexip: Build your website on user data not guesswork 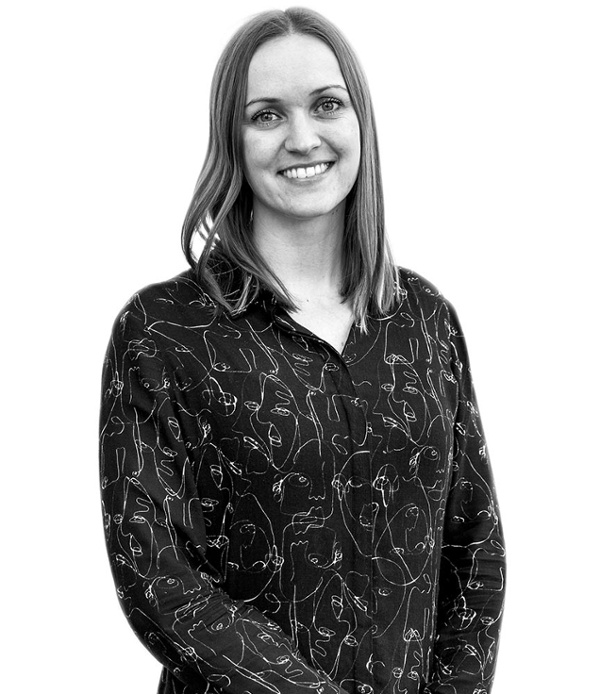 If you want your website to remain relevant beyond launch it is simply good practice to build it on user data, not guesswork. At least according to the Digital Marketing Manager at Pexip. In this article, he shares his insights into the Growth-Driven Design process and how it can boost your conversion and overall website performance.

“How your users interact with your website today is not necessarily the way they interact in six months. So it’s important to be agile if we don’t want to be stuck in the web design approach from two years ago,” says Tom Banks.

He is the Digital Marketing Manager at Pexip, a Norwegian software company that provides enterprise video conferencing technology to the government, healthcare, education, and finance sectors globally.

At the beginning of 2019, Pexip merged with cloud video conferencing service provider Videxio. As part of the merger, the new Pexip went from running two separate brands and two separate websites to undergo a visual rebrand and build a new website.

“Both companies had built traditional websites in the previous year, and even though you think the bulk of the work is building a website for launch, you quickly realise that a website project is never really done,“ Tom Banks explains and continues:

“We spent a lot of time and money building website pages and functionalities that didn’t always work as intended, or weren’t necessary. So this time around, we wanted a web design that allowed us to make changes after the website went live and we could see how people were actually using it.” 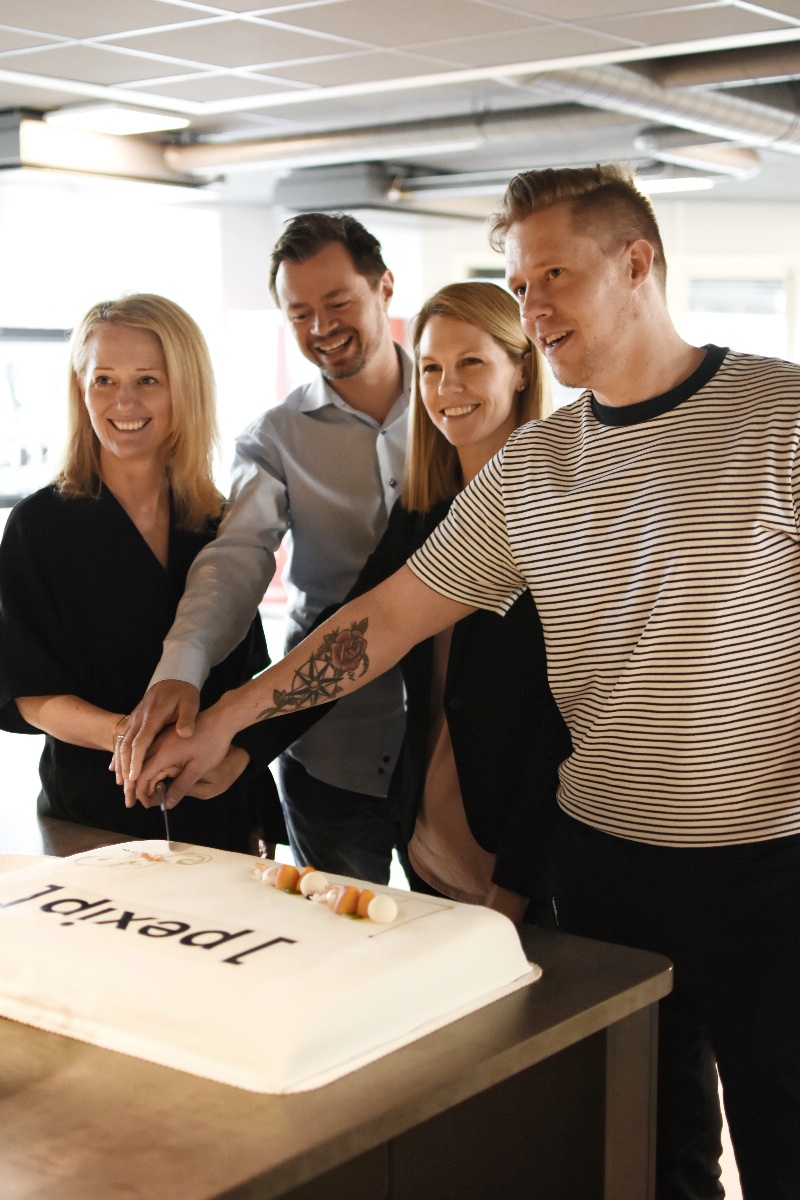 Pexip’s old website was running on Wordpress, while the old Videxio website was custom build on Craft CMS and used HubSpot for marketing automation. As both companies wanted to add more flexibility in terms of building new pages and functionalities, they chose to relaunch the new website in HubSpot CMS and use HubSpot as the CRM system and marketing automation platform.

“On the old Pexip website, the conversion usually hovered just under 1%, while Videxio usually hovered between 1.5 and 2 %. This figure has gone up on the new website, which runs at about 2.5 % most of the time,” Tom Banks explains.

When comparing the six months prior to launch to the six months since Pexip launched the new site, the company has seen all on-page performance metrics improve strongly.

“Our total page views increased 137% over the period, bounce rate went down 20.15%, our average session duration increased 77.27% and our organic traffic grew by an impressive 189.02%. We have seen a very positive effect on leads over the same period, with an increase of 25% in sales qualified leads from the website. The feedback from the inside sales team has also been that the quality of the leads has kept improving,” he points out.

What is Growth-Driven Design?

Growth-Driven Design, also known as GDD, allowed Pexip to quickly build a launch pad website, serving as a foundation for continuous improvement based on data-driven decisions.

“A website is not a PDF document that you publish once. You have to treat it as an ongoing project to remain relevant beyond launch,” emphasises Tom Banks.

Based on the data from the old websites, Pexip knew which website pages performed well and how to prioritise the pages that should be optimised for the launch pad.

“With GDD, people often think a launch pad website is not complete, but it’s not like we launched a website that was half-finished. We launched a fully formed website in June which we have been improving since,” he says and elaborates:

“The main menu is a good example. We launched with a fully functioning menu but have tweaked it and improved functionality after the launch.”

In addition to publishing a launch pad website in a fraction of the time of a traditional website design, GDD also provided Pexip with more cost accountability.

“If you run over budget when you build a traditional website, you have the choice of having a half build website or putting more money into it to finish the project,” Tom Banks mentions.

“On our last website project, we didn’t have the developers on a retainer. When we found out we needed more work done, we had to go through the process of finding more time and budget,” he explains and adds:

“The GDD project ran cheaper because it was very structured and organised how we spent our money as part of a retainer.”

In order to estimate the cost and time spent on the new website project, Pexip had an ongoing dialogue with the developers and designers at Avidly.

“It was a discussion about what makes the most sense. I work with the website every day so it’s easy for me to say this feature is great but it’s not adding value to our website experience,” says Tom Banks and continues:

“On the other hand, when we said which features we wanted to improve, Avidly would ask us what the objective was and advise us to do it in a more efficient or cost-effective way rather than spending a lot of money on doing the biggest most expensive thing.”

Commit to get maximum value from GDD

One of the greatest takeaways that Tom Banks can share with others who are considering Growth-Driven Design rather than a traditional website project is getting into the right mindset:

“Constant change is the essence of digital marketing and how you should work with websites nowadays. However, GDD is a mindset of how to approach website development and how to run it that is very different from traditional website projects.”

To get a better understanding of the process, Tom Banks found it useful to take the Growth-Driven Design certification from HubSpot ahead of the website project. In addition, he recommends full commitment:

“To gain the value of GDD, you have got to commit to it and put in the work, time, and resources the website requires. After all, a complete website does what your users actually want it to do, which will change over time.”

What can you do with HubSpot’s Operations Hub?

It has become easy to start a business and similarly difficult to scale it. Growth often entails a complexity that makes it difficult to maintain speed and efficiency in daily work. 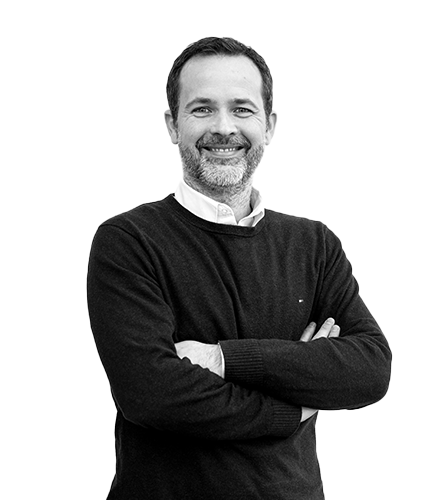 You just got sucker punched by an AR Tom Cruise!

[This is the second part of the great AR blog series. The first blog was awesome and discussed the upcoming AR revolution. It can be found here. Now let’s crank it up a bit.] Your IQ can be raised in multiple ways in ...

We come in peace, Homo ARpiens!

The world is about to change in a bigger way than it did during the industrial revolution or the current digital revolution. People will gain superpowers, higher than ever IQs and merge into a strange digital realm where ...