Enabling B&B Press to sell better has grown their revenue from £3.8m to £5m

We tell the story of how Avidly UK & Canada used HubSpot and Sales Enablement Services to increase a client's turnover from £3.8M to close to £5M.

BB Press is a printing company based in Yorkshire. The print industry is super-focused on traditional sales techniques and most customers make a decision based on price or have a super-pressing deadline so whoever can deliver by 12 o’clock gets the job. It’s therefore a race for sales teams to get there first.

“It was archaic and difficult to manage” 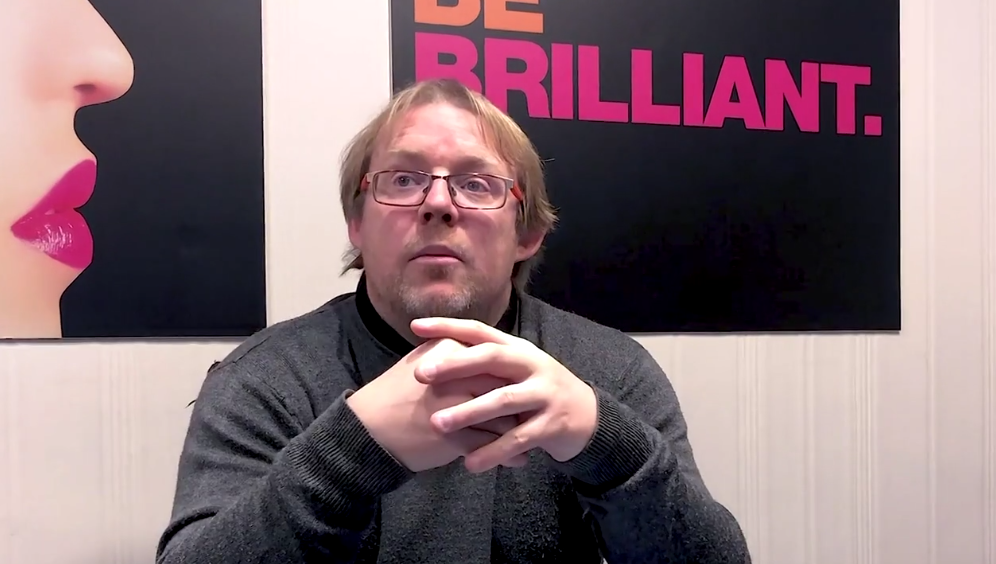 Challenge one: No CRM

At the point Avidly UK & Canada started to work with BB Press, they didn't have a CRM. The marketing team was fully on board with the inbound methodology. This was partly because website views have gone from circa 300 to 7,000 per month, since starting working together.

The sales team relied on cold-calling or customers getting in touch with BB Press out of the blue.

So, when somebody downloaded an Awareness Stage eBook, they were quite often scared away by a cold call. Dave and the rest of the BB Press team knew this problem all too well.

At this point, we knew inbound marketing wasn’t going to be enough. It was time to call in the big guns. We needed to look into the sales tools on HubSpot and give the sales team some collateral of their own. We got to work removing friction from the BB Press customer Flywheel.

Before we implemented the solution, they said

“We’re putting in loads of effort, the team are doing all the things they’ve always done, but it’s getting harder and harder to get our printed stuff in front of people."”

We found out what the sales team wanted on-hand to give to prospects in terms of eBooks (above) and produced it for them as part of their inbound marketing campaigns. Two birds with one stone.

The “printed stuff”, the stuff that really wins people over, is the high-end, super-luxury printed materials that BB Press produce. But the trouble is, sending these out to cold contacts is costly in terms of time and money (besides the other obvious drawbacks of spamming people). We needed to get this impressive material out to people at the right time and we knew automation was the way to do it.

Like all of us, when Dave and his team saw how inbound marketing and inbound sales worked, the penny dropped. After some strategy sessions and bringing colleagues to a few HUGs, we began working together on more than marketing.

During the strategy phase, whilst we were planning his first inbound campaign and getting his personas researched, we got to work on making sure HubSpot was helping the BB Press sales team do the following:

As a sales team, BB Press struggled with seeing how successful their efforts were at converting contacts into customers and what the true state of the sales pipeline actually was.

This was an issue because as a manufacturing firm, forecasting is majorly important. Unreliable sales channels made it hard to predict shift patterns and ordering of supplies for the print rooms.

Battering the phones until you land a mega-order is great, but if the printers are tied up that day or staff are unavailable, you can’t fulfil the order.

Let’s break it down:

So, another strategy day was booked and we sat down with Dave to build a meaningful sales dashboard and reporting system within HubSpot. This helped to:

By using the CRM and reporting tools, we created visibility and easy-to-reach data for the B&B Press sales team. This helped the team see precisely where leads were at in the Buyer’s Journey so they knew when the time was right to try and close the deal. We set it up so that the sales team were told when it was safe to get in touch and Dave could see how his team were getting on.

The effect was more worthwhile conversations happened with less effort and more sales closed as a result. 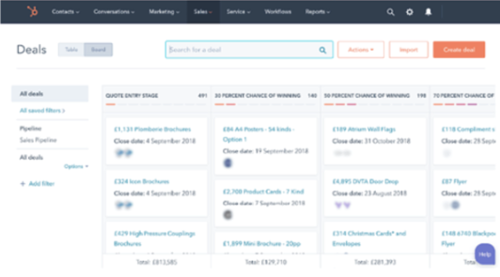 This is pretty typical of the approach we’ve taken to SFCE’s content, over the years. It’s textbook inbound marketing. Find out what your persona struggles with and help them accordingly

While things seemed to be looking pretty good for BB Press, we wanted to go the extra mile. We knew from day one that the most impressive USP was the quality of the printed products. So, we decided to try something a bit different - combining email and printed mail messaging via an automated workflow.

We used emails and forms to get postal addresses from leads who were interested in seeing the eBooks they’d just read in a printed format. This allowed the sales team to know exactly who was at the bottom of the sales funnel and hit them with the best print products that BB Press have to offer.

BB Press’ inbound content and traditional networking was getting the Flywheel spinning by bringing in early stage leads. Our automation was engaging the leads with helpful advice loosely connected to print and HubSpot was letting the sales team know when people were engaged enough to talk and become a customer. At that time, prospects could be sent truly outstanding printed versions of the eBooks they’d found so helpful.

It was all so seamless and timely to the customer that they were delighted and… you know the rest.

Once BB Press’ printed material was in the prospect’s hands, then their business was in the BB Press sales team's.

Want the benefit of sales and marketing working together to improve your results?

Together with our client BB Press we did just that...

How GDD Has Given Actionable Insights and Results - WiFi Spark