Despite being part of the Russell Group, renowned as one of the leading groups of universities in the world, Newcastle University knew they could offer a better experience for their prospective international students. By utilising several HubSpot features and integrations, they were able to answer queries faster than ever before and free up their internal team to do more meaningful work for their prospects around the globe. Here’s the story of how Digital 22 helped.

This blog post was submitted for a HubSpot Impact Award under the Service Enablement category in Q4 2019. It won the quarterly award with a score of 91 out of 100. 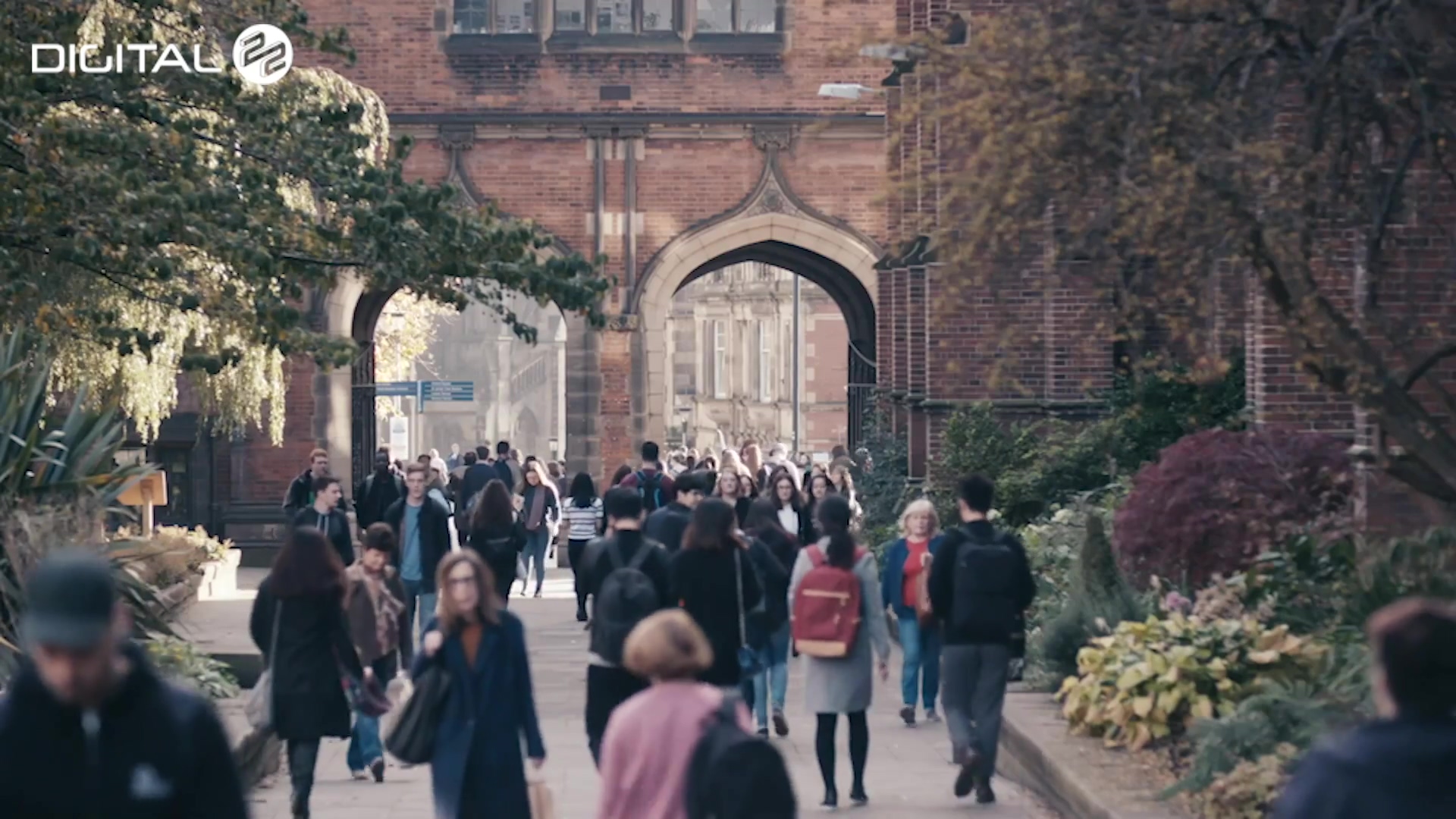 With their persona being ‘anyone from anywhere in the world who wants to study at a Russell Group university’, it’s fair to say the International Office at Newcastle University receives more than a few queries, every day.

From “Do you accept students from abroad?” to “Did you receive my application?” and everything in-between as prospective students go through their own buyer’s journey process, it all lands on the desk of the International Team.

It’s not just queries specific to applications. A lot of the questions that the team receives are also along the lines of “What’s the weather like in the North of England?”, “Will I be the only student from my country?” and “What if I get homesick?”

In amongst all of this, there are some more complex queries which rely on multiple points of input and chasing of information before getting back to prospective students with a helpful update.

For example, a student who has already applied but needs to coordinate something to do with visas or payment has got a complex timeline of interactions. And this information would have been scattered across multiple systems, if saved at all.

Thanks to all of this back and forth, people were left frustrated throughout the entire process and on both sides of the conversation.

Throw into the mix that the International Office only operates 9-5 GMT, but students are getting in touch from all around the globe. It’s no wonder the team felt like they were getting lost with it all. And would-be students found their answers elsewhere and were, therefore, more likely to study there too.

The problem was would-be international students weren’t getting answers from Newcastle University in a timely and easy way. But this was in spite of the fact that the team in the International Office were working relentlessly to try and assist as best as they could.

In short, plenty of friction was slowing down what could have been straight-forward graduation through the prospect’s flywheel.

“It’s one thing that’s always held us back,” said Clare McKeague, Senior International Recruitment Operations Manager, meaning they were unable to deliver “timely, quality, engaging responses” to their prospective students from around the world.

Alongside several inbound marketing campaigns, we built a handful of chatbots to point users to Newcastle Universities blogs which answer the most common queries.

Straight away, this has taken many hours of repetitive work off the International Office’s plate. In its first week of being live, the bots have answered and resolved 200 queries which would otherwise have been manually fielded.

The chatbot has also followed the connection of 15 shared inboxes into HubSpot.

All of these enquiry routes are now visible in one place for the first time and what’s also new is an automated notification to a relevant team member. 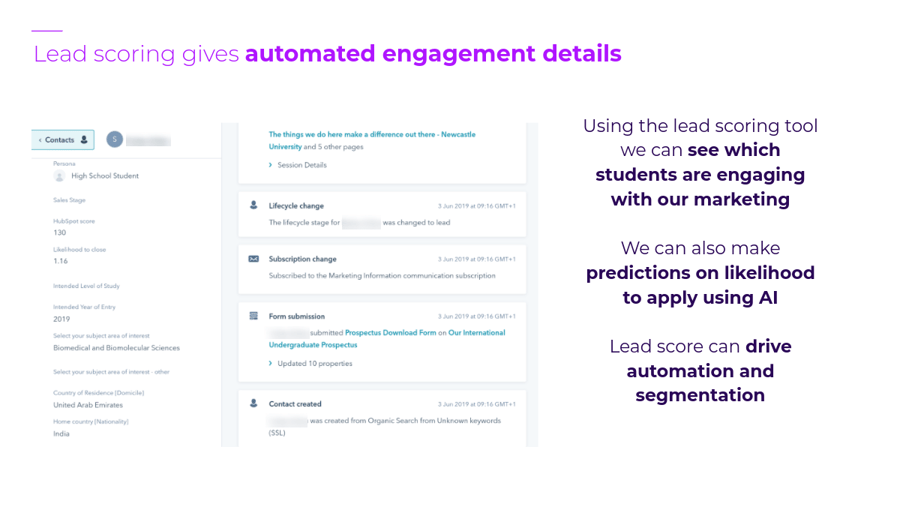 It’s led to a significant reduction in time for the first reply, with users now only waiting 13 minutes on chat or 12 hours via email. This is a direct result from team members not having to manually switch between different accounts and inboxes, only to end up fielding repeated queries.

All the while, we’re constantly building up the number of contacts in the database who can then be nurtured as part of the ongoing inbound marketing work. 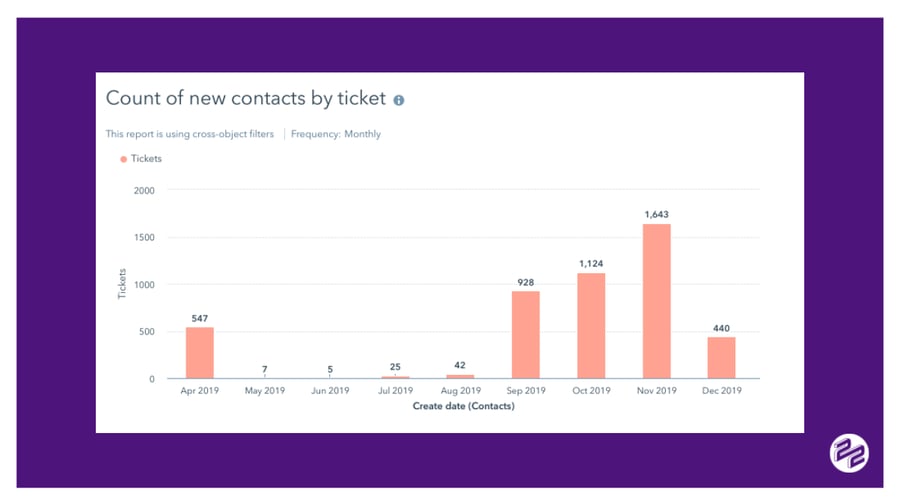 This time saved has been spent helping students with more specific or challenging queries. What’s more, thanks the installation of an effective ticketing system, the International Office team can pick up the conversation more smoothly with the prospective student.

On the face of it, this sounds simple enough, but it had to work hand-in-hand with a tricky SAP integration (which we also completed). The integration meant the team could see everything they needed inside the HubSpot platform and tie it back to the actual number of applications the university received too (the first time that the University has had pre-application analytics visible in this way). 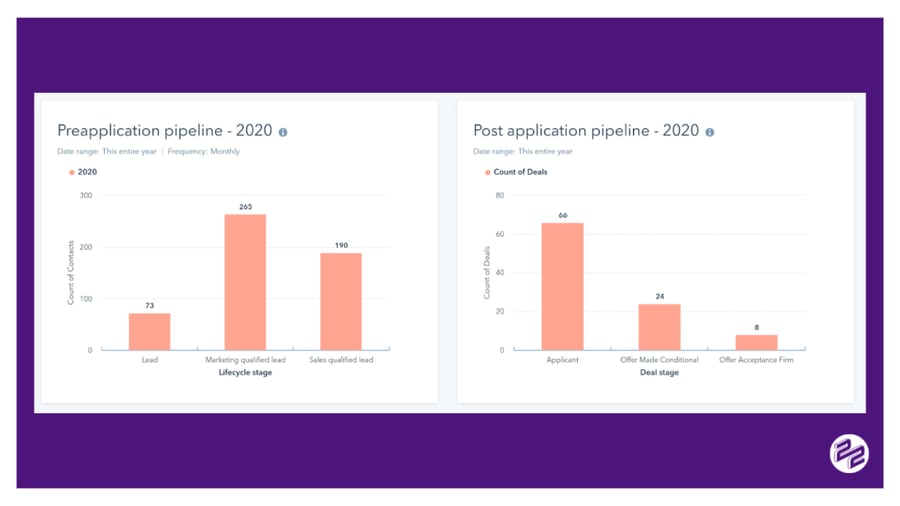 The tidiness of the ticketing system and conversational timeline means that the prospect’s journey with the university has improved enormously. But the positive impact of this has been aided further with the International Office’s use of live chat.

Together with the streamlined organisation of student information and filtering of repetitive queries by the chatbot, it has been revolutionary for the International Office.

Meanwhile, on the other side of the conversation, the prospective students are benefiting from quicker answers and more helpful replies.

So much so that after only a few months in operation, HubSpot can be tied to approximately £40,000 in first touch revenue, £80,000 in last touch revenue and £920,000 in supported revenue attribution, respectively.

The end impact for this is already showing results inside the International Office. 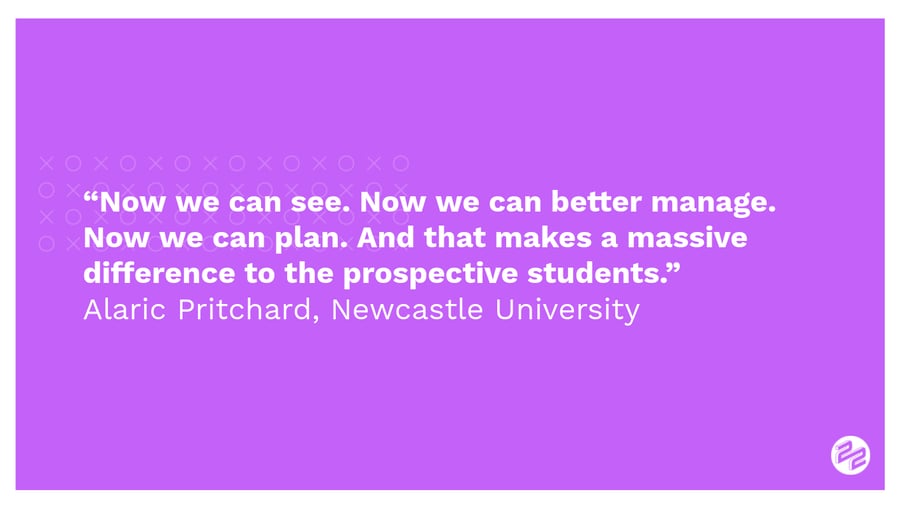 “Now we can see. Now we can better manage. Now we can plan. And that makes a massive difference to the prospective students,” explained Alaric Pritchard, Change Consultant, Facilitator and Business Educator, “If they’re interested in the University, we’re [giving] them the right information at the right time.”

But the lasting impact will be felt in the lecture halls and campus corridors during the 2020/21 academic year and beyond.

The better the market of international students is served by Newcastle University’s chatbot, shared inbox, live chat and ticketing system, as well as their inbound marketing, the more of the best and brightest students from around the world will be studying in Tyneside. 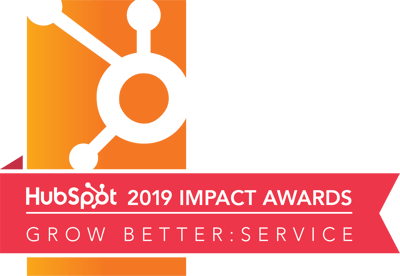 We've done a lot with Newcastle University and in all three parts of HubSpot; Sales, Marketing and Service. Check out our services and then take a look at our prices... 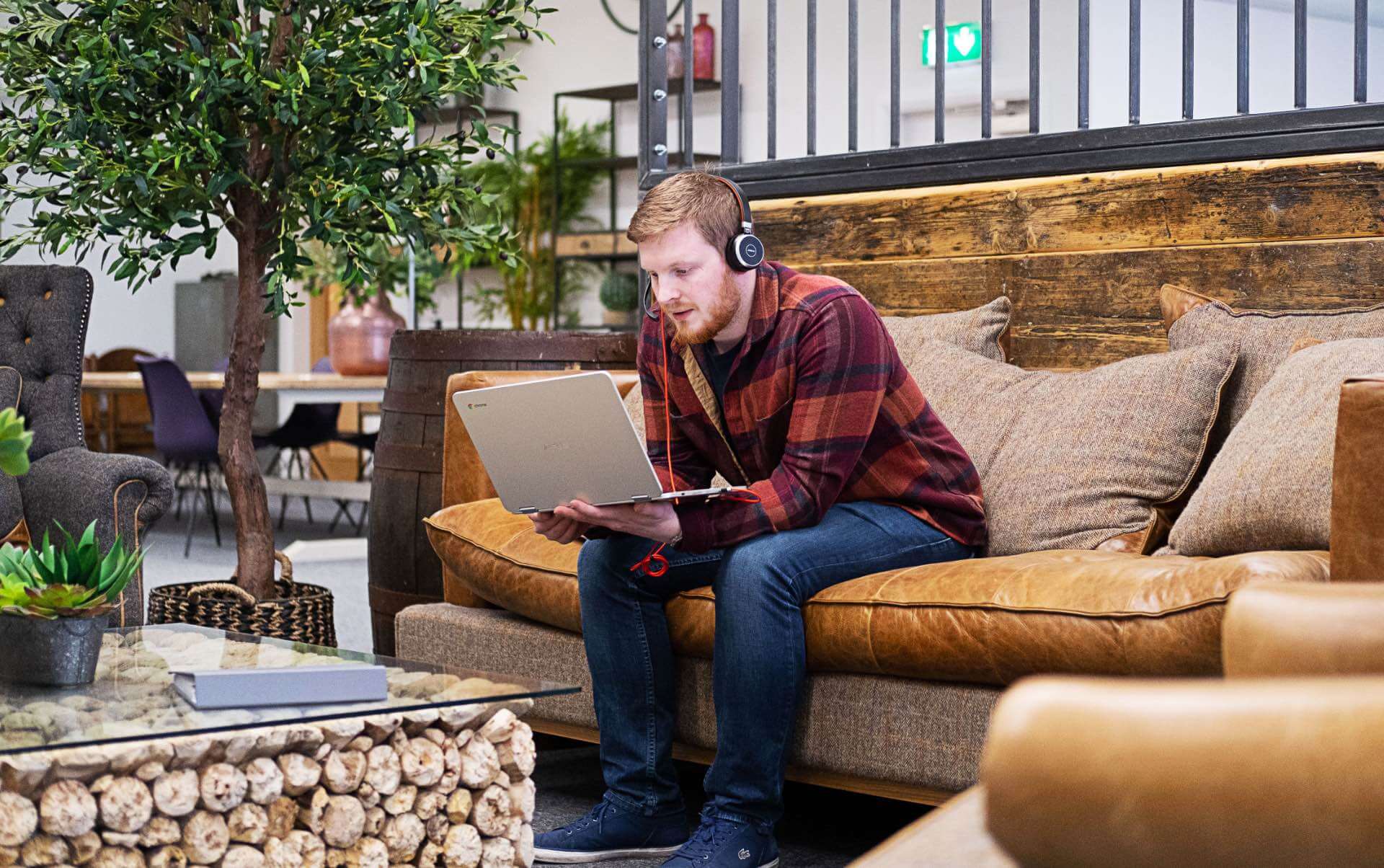 Technology is advancing and at an ever-increasing speed. Businesses can take advantage of this when... 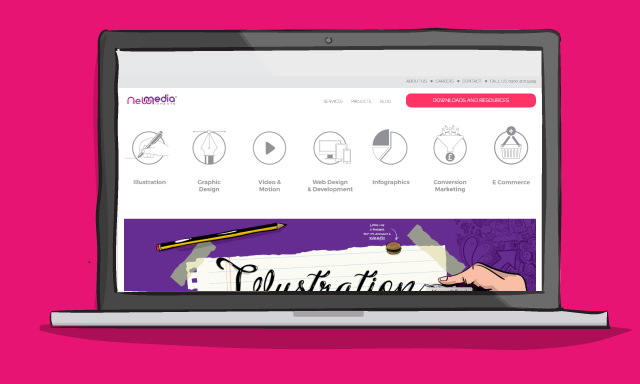 Looking for quick ways to boost your service page conversion? Then you've found the right place. 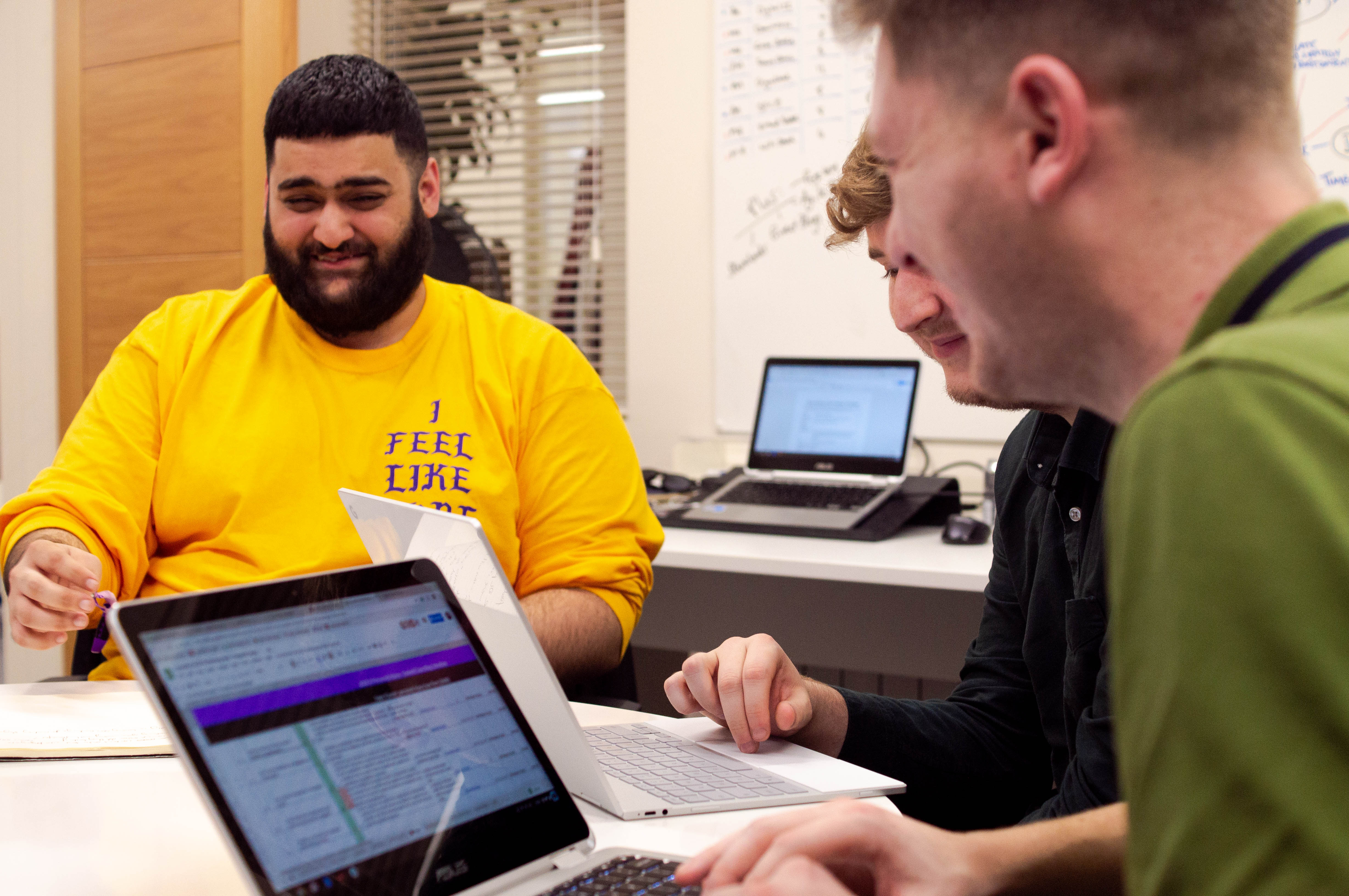 For a company that has true ambitions of sustainable growth, the alignment of their sales and...