PAID MEDIA PODCAST: What does a PPC Manager do?

I thought I used to rock up early to the Digital 22 office to get my day started. That was until I saw Christian whizzing through the car park in his Peugeot at around 8am. Every time I saw his car and intentionally parked as close to it as possible, I was always thinking what on earth does he have on to be in so early?

I mean, I had a decent idea. I've worked with Chris, our Lead PPC Marketer, for long enough to get a general gist of what his role involves. Turns out a lot of people are in the same boat as me — not knowing what a PPC Manager does day-in, day-out.

We all know how valuable pay-per-click is as a marketing channel, so if you're wondering what a typical day looks like for a PPC Manager, hit the play button below to hear from the guys themselves. 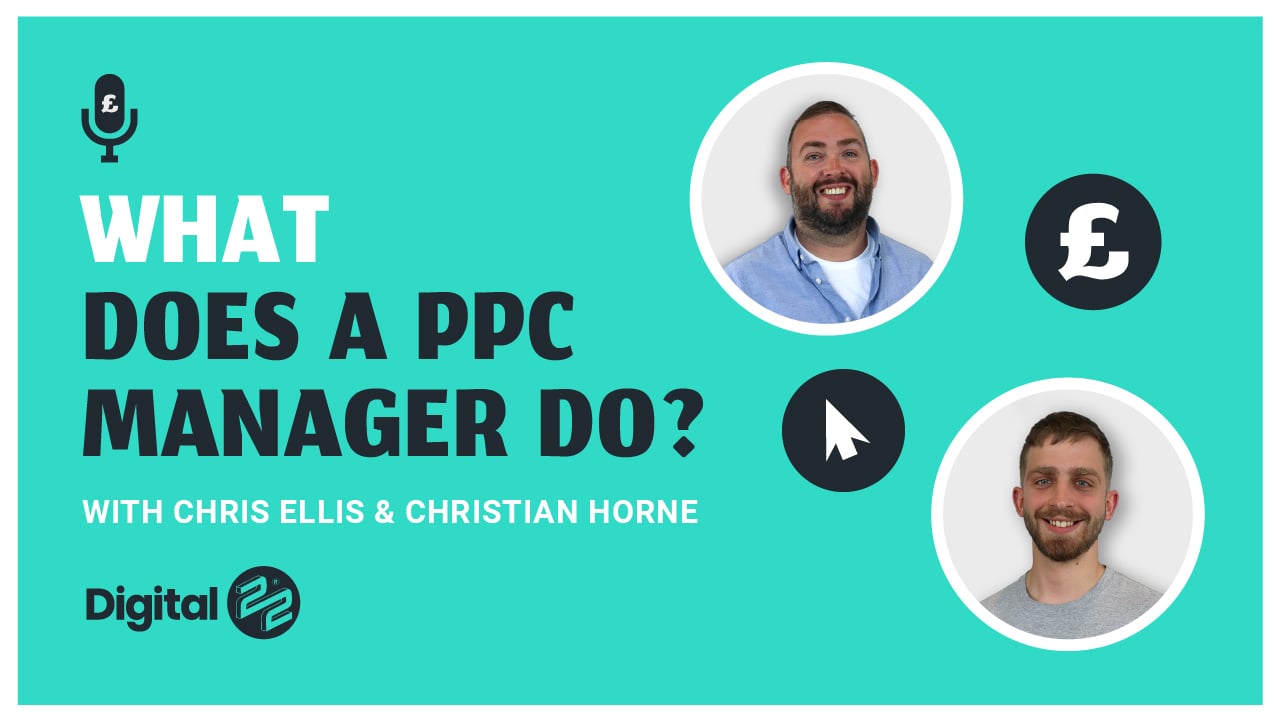 Spoiler alert: They do quite a lot...

In episode three of the Paid Media Podcast, Chris and Christian run through what a PPC Manager does and how they go about their role, including the tools they use.

They discuss setting up campaigns, the research involved in their roles, conversion set-up, paid search optimisation — before rattling through what a typical day looks like for them.

The guys first run through the sectors they dive into when searching for topics and then explain what's involved in their research.

There's a fair bit involved, including:

Plus, there's a lot of sub-tasks included in each of these.

Two other key focus areas they have is when doing paid search optimisation and paid social optimisation, tweaking things when necessary to make sure every ad is running at its full potential.

Some of the tasks involved here include:

Oh, you thought that was it? The guys discuss plenty more regarding what they do throughout their day. Here's a quick rundown of what else they discussed or hit play further below to tune into the audio version:

And that's just a taste of what a PPC Manager gets up to during their day. So when you're bringing in high-value leads and ROI, you should have a better idea of all the legwork that goes on behind the scenes to make it a reality.

Want to know what other marketing specialists get up to?

The Paid Media Podcast is the latest in a long line of podcasts from Digital 22 Studios. If you want to be the first to find out when we release a new episode, make sure to hit the subscribe button below.

There's something for everyone. Content marketing, design, SEO, project management, inbound marketing — the list goes on. If any of them sound like something you want to tune into, subscribe below now and never miss an episode. 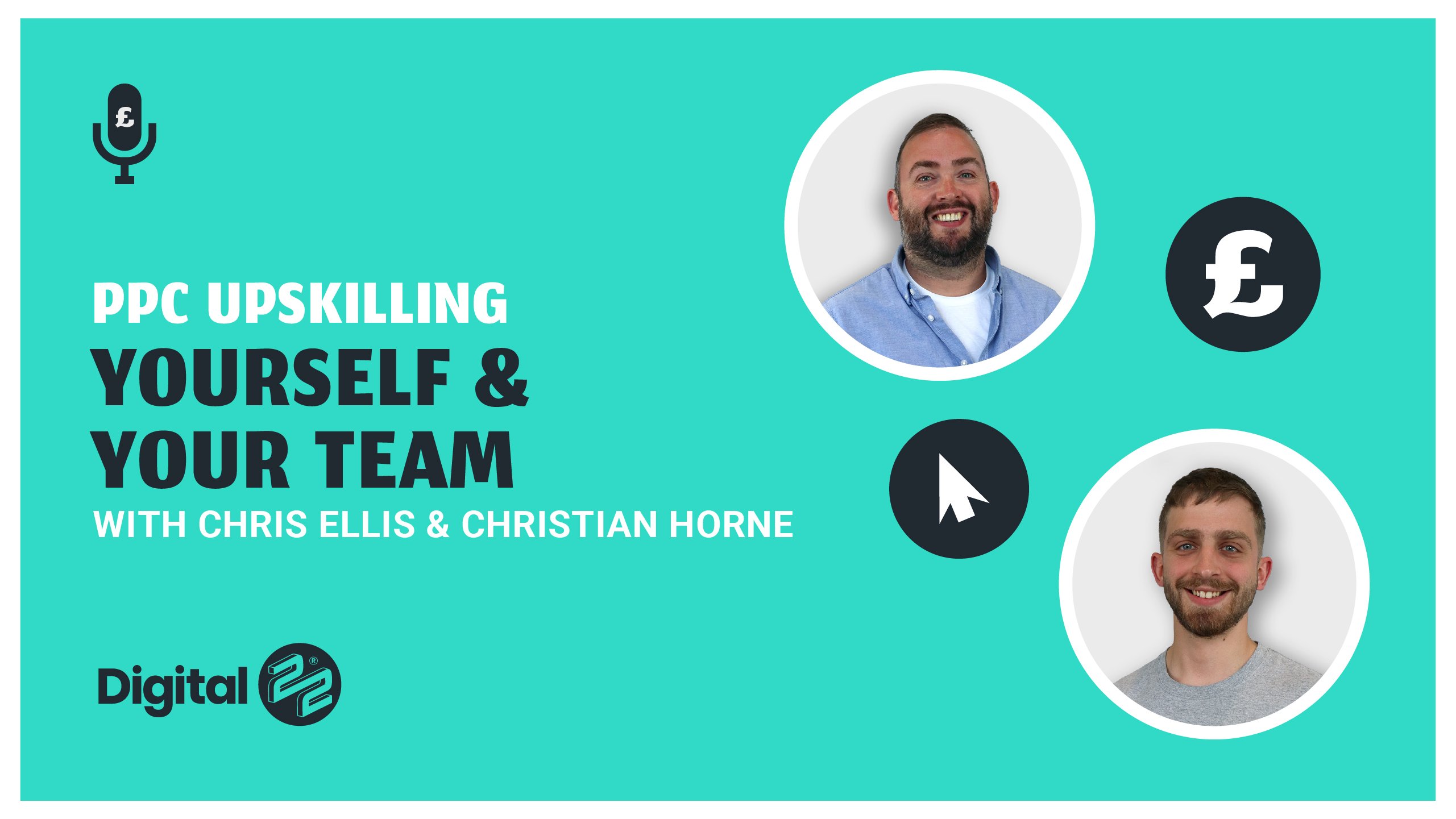 Following on from last week's episode, Digital 22 PPC pros, Chris and Christian, discuss how to... 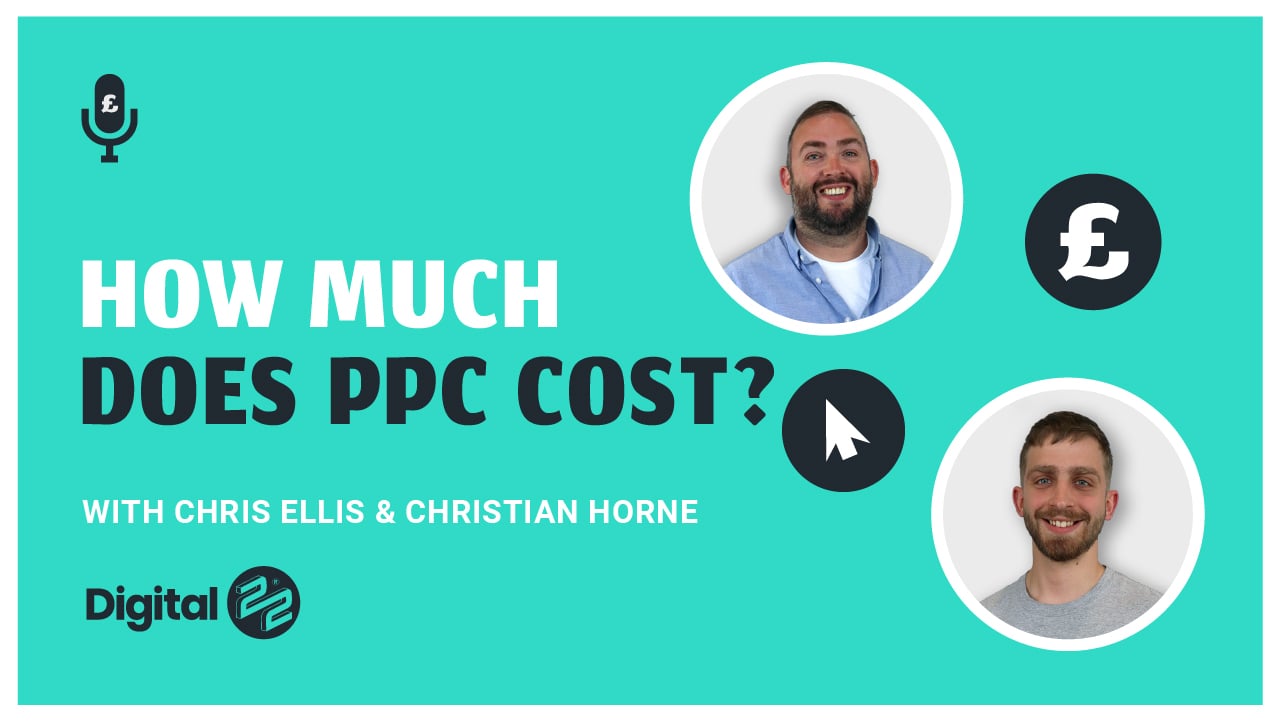 PAID MEDIA PODCAST: How much does PPC cost?

It’s a question our PPC Specialists are asked time and time again — how much does paid advertising... 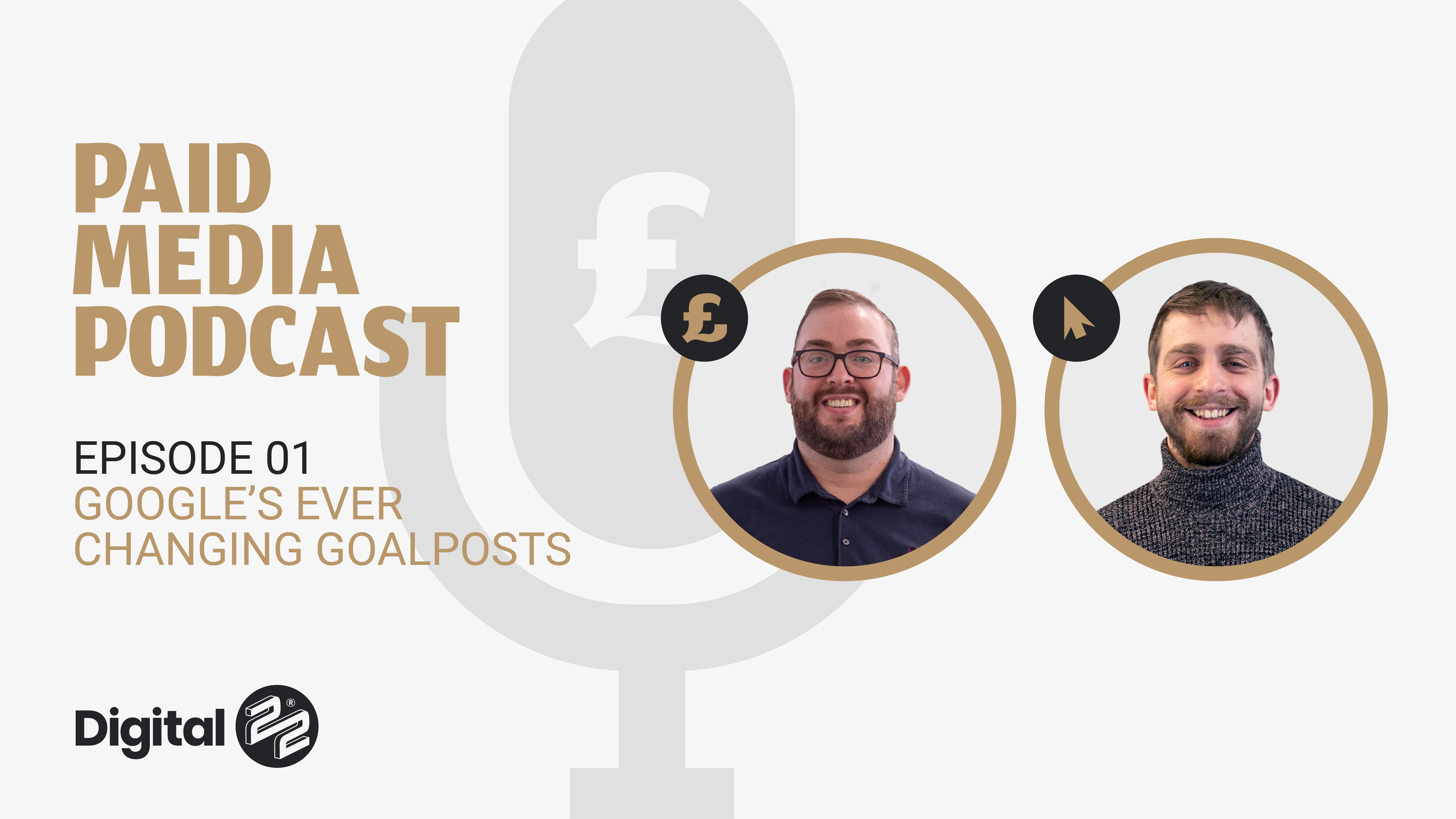 Every time I ask Chris (the Lead PPC Marketer at Digital 22) how it's hanging in the PPC world, I...